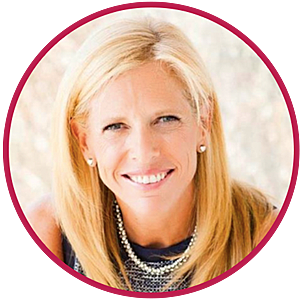 Lucy Danziger is Editorial Director of The Beet. Danziger is the former Editor-in-Chief of SELF magazine and Self.com. She has written books on wellbeing and diet, and The Beet is the next step in a career of helping people live their best lives. “One of the joys of launching The Beet is eating a whole-food, plant-based diet, which I started May 1st. Before that I was sitting at my desk working on Hinted, the shopping wish-list platform, and eating junk and feeling gross. Eating a plant-based diet helped me get back on track, feel better everyday, and stay fit and energized while I train for triathlon.” 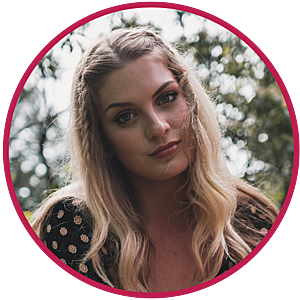 Stephanie McClain is the Digital Managing Editor of The Beet. She began her career in fashion, and continues to work as an editorial stylist and write about sustainable fashion, well-being, culture and plant-based news.Stephanie has been vegan for the past two years and credits the transition with making her feel more energetic. She would recommend the lifestyle to anyone who is looking to feel better and reduce their carbon footprint, and recommends watching Earthing Ed’s ‘Debate a Vegan’ Youtube series to learn more. 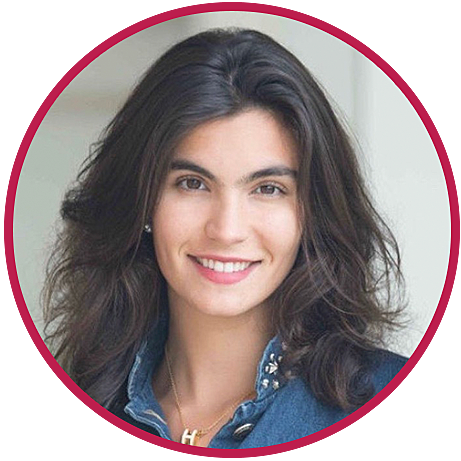 Hailey Welch is the Social Media Editor for The Beet. She has been fully vegan for two years and loves how it makes her feel. She recently ran the Southampton Half Marathon and she finds it easy being vegan and a runner.Her advice to anyone who wants to try plant-based eating: “Educate yourself! It’s important to know if this is a right diet for you. Start slow and notice how your body responds to these adjustments! If it makes you happy, don’t stop.” If you want to be featured on The Beet’s instagram, or share your recipe, DM Hailey@thebeet.com 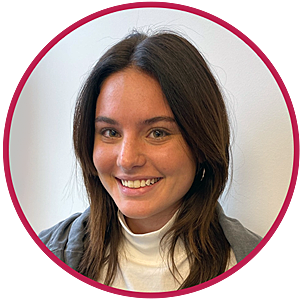 Caitlin Mucerino joined The Beet as an intern this fall, and has been instrumental in uploading data to The Beet Meter, as well as all other aspects of launching the platform.Caitlin considers herself plant-based for reasons of her health because it makes her feel better. After 5 months of eating a plant-based diet she feels better and has more energy. She can’t wait to go to Disney World on vacation, where they just introduced 400 vegan menu options. 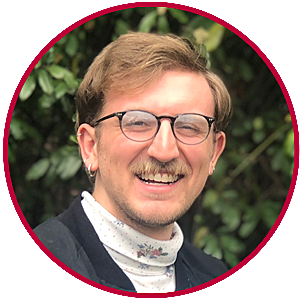 Maxwell Rabb is a Staff Writer at the Beet currently based in New Orleans. After spending most of his life growing up in kitchens, he became the kitchen manager at the Georgian Vegan/Vegetarian restaurant The Grit. With experience in fine-dining, plant-based cooking, and a writing degree, he found himself at sharing these experiences at the Beet. 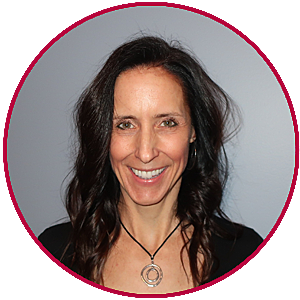 Karen Asp is the Contributing Health Editor for TheBeet.com. A vegan for over 10 years (and vegetarian for almost 20) whose vegan journey began after making a pact with a cow while hiking in Austria, she's an award-winning journalist and author (Anti-Aging Hacks is her latest book) and a contributing writer for VegNews and regular contributor to numerous other leading publications. Asp loves educating people about healthy living and veganism, she's also a fitness trainer who’s certified in plant-based nutrition, athlete with Nordic walking world records. Visit her at karenasp.com or on Twitter and Instagram at @karenaspwriter. 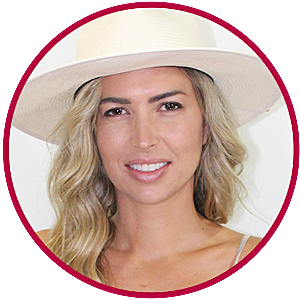 Anna Keeve is the west coast correspondent for The Beet. Anna's articles have appeared in LA Progressive, VegOut Magazine, Locale Magazine, Cannabis Magazine and more. With a focus on plant-based lifestyle, food, business and veg-friendly travel, Anna's always on the prowl for what's new, what's hot and what's next. Anna is also the founder of PlantBasedPopUp, a fine-dining pop-up experience that hosts wine and food pairing dinners at top restaurants. Connect with Anna (or send her a news tip) at lifesalternateroute.com or @lifesalternateroute. 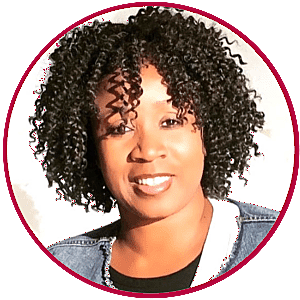 LA Dunn is a plant-based advocate who wants to encourage more people to add more plants to their plate. In 2017, she suffered from aches and pains due to inflammation. LA found that many of the foods that she enjoyed were at the center of the problem. Determined to feel better she began eating mostly plants and moved away from animal products. She leaned into research and took courses in whole foods plant-based nutrition. The result? Less pain and more energy. Understanding that food and knowledge were weapons in the war against a variety of diseases, she created Black Girls Eat to help Black Women and families make healthier food choices and enjoys finding new ways to eat well, feel well and live well. 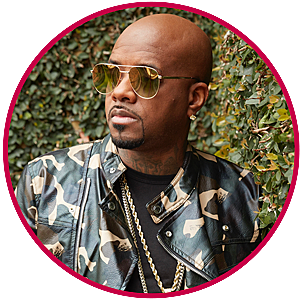 Jermaine Dupri is a prolific hip-hop artist, producer, songwriter, and author, DJ and CEO of So So Def, which he founded in 1993. He has collaborated over the years with artists such as Usher, Mariah Carey, Janet Jackson, Jay-Z, Nelly, Ludacris, Nas, Kanye West, Notorious B.I.G., Lil’ Kim, TLC, Bono, Run DMC, Bow Wow, Diddy, Cam’ron, Mase, Monica, MC Lyte and Snoop Dogg to name a few.

Dupri, a member of the Songwriters Hall of Fame is one of most successful producers in the music industry. His career milestones include the release of several platinum recordings as CEO of So So Def, winning a Grammy for Best R&B Song, and being honored with an ASCAP Golden Note Award, given to composers and songwriters who have achieved extraordinary success. He has been vegan for over 14 years. 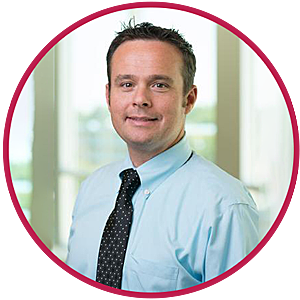 Dr. Andrew Freeman is a Medical Advisor to The Beet. Known as the "Vegan Cardiologist," Dr. Freeman is Associate Professor, Director of Cardiovascular Prevention and Wellness and Director, Clinical Cardiology & Operations at National Jewish Health in Denver Colorado. He is plant-based and an advocate for a wholistic approach to health, in the form of a advocating a whole foods plant-based diet (vegan diet), regular exercise and practicing mindfulness. 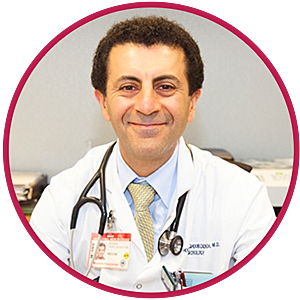 Dr. Hooman Yaghoobzadeh is a Medical Advisor to The Beet. A NYC-based cardiologist at NY Presbyterian Hospital who received his medical degree from Perelman School of Medicine at the University of Pennsylvania and has been in practice for two decades. Dr. Yaghoobzadeh lectures on the benefit of eating a whole-food plant-based diet for heart health and reducing risk of disease, and coaches patients who want to eat better by following a WFPBD. He is a medical advisor to Plantable, the plant-based food delivery service. He has been eating plant-based for seven years. 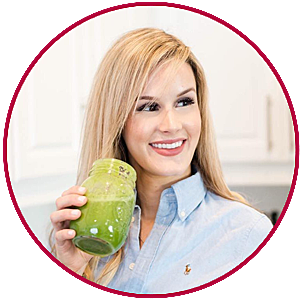 Nicole Osinga has the good fortunate of doing what she LOVEs to do each and every day – helping to educate and support those on their own food journey.
Nicole is a Registered Dietitian in Canada, with Masters and Undergraduate degrees in Human Nutrition and a Certified Diabetes Educator. She has her own one-on-one counselling practice and has experience in a hospital setting dealing with complex underlying health issues.
With over 75,000 followers on Instagram, she has become known as a “plant-based meal prep” expert. This has led to media appearances on National Television (Global Morning Show, W Network), writing for the Toronto Star and more! 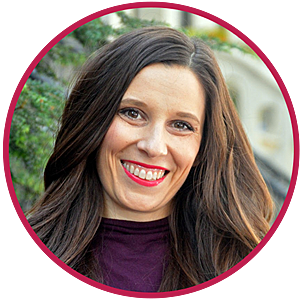 Natalie Rizzo, MS, RD, is a contributing nutrition expert to The Beet. She is a New York City based Registered Dietician who works with athletes and others. Natalie has written for national media outlets, including NBC News, SHAPE, Runner’s World, Greatist and Prevention among others. Rizzo has been a vegetarian for over a decade, and says: “I'm committed to helping people eat more plants in whatever way suits their lifestyle.”

These experts' ideas and views are their own and they do not represent those of the company. Similarly ideas and views on The Beet do not reflect the doctors, who we turn to for quotes and comments and to make us smarter and more informed about how to be healthier and eat a whole-food, plant-based diet. 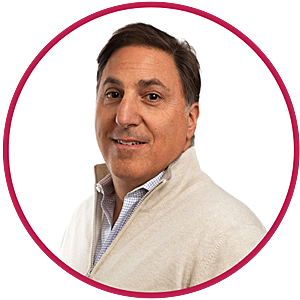 Steven Price is a co-founder of The Beet. Steven Price, a long-time media and tech exec., has spent decades deeply involved in the development and growth of media and tech enabled businesses. He currently serves as the chairman of Townsquare Media as well as the CEO of 25Madison, a venture studio based in Union Square. Prior to this, he worked in Private Equity as the Senior Managing Director of Centerbridge Partners overseeing their telecom, technology and media investments. New to the plant-based world, Steven is actively incorporating more plant-based products into his diet, experimenting with new ways of eliminating animal products from his diet.He is a co-founder of 25 Madison…. 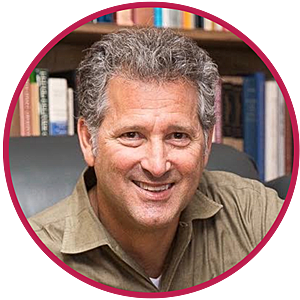 Adam Slutsky is a co-founder of The Beet. A seasoned entrepreneur with three decades of experience growing start-ups and running disruptive businesses, he is the founder and Managing Partner of Gather Ventures, a seed and early-stage venture firm focused on plant-based food products, platforms, and services.He has been vegan for the past seven years and is dedicated to helping others look and feel their healthiest by adapting a plant-based approach. 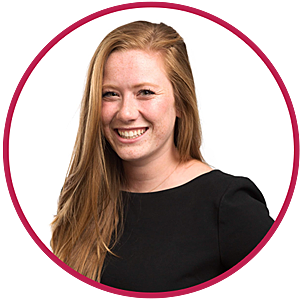 Julia is a Strategic Advisor to The Beet. She is a product designer, engineer and Associate Director at 25Madison, the startup studio.Having dabbling in vegetarian and vegan diets since high school, she recommitted to adding more plants into her diet alongside the rest of her family after her dad had a health scare a few years ago. 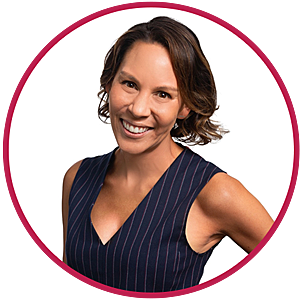 After helping grow Citi Bike into the largest and most successful bikeshare company in North America, Justine led the sale of the company to Lyft in 2018. She joined 25Madison to build and grow other startups that have positive social and environmental impact, and has been advising The Beet on legal and strategic matters. Plant-forward but not religious! 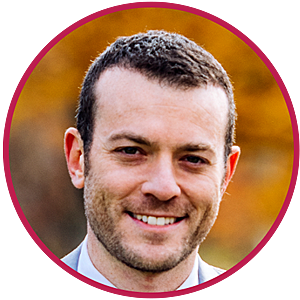 Jared is an Advisor, Biz Dev, for The Beet. He has spent over 20 years in digital media in the entertainment industry including overseeing Townsquare Media’s digital content strategy as well as brands such as AOL Music, Moviefone, XXL Magazine, Asylum.com, and more. He insists that the health benefits and enjoyment of plant-based meals have made it easier for him to avoid a mid-life crisis. 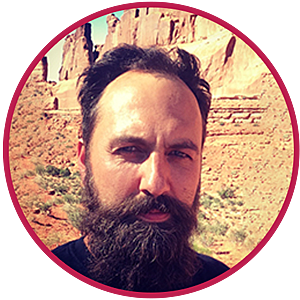 Sun has 20+ years experience in interactive design, marketing and technology and currently oversees all digital products (websites, apps and smart home devices) with a team of 40 designers, engineers and product leads at Townsquare Media.Sun is also a a fitness geek, athlete and plant-based foodie. Sun has been plant-based /vegan since 2012, for health, the animals and the environment. On instagram @sunsachs 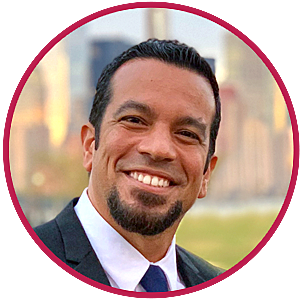 Anibal Rosado cultivates the digital platform for The Beet. As the Vice President of Digital Products at Townsquare Media and former Vice President of Key Experiences at AOL, Anibal has been hyper focused on creating and managing digital products for over 20 years. Anibal tries to spend as much time outdoors as possible whether it's in a cabin along the Appalachian Trail or just lounging on one of the many islands off the southern coast of Connecticut. Anibal describes himself as "Plant-Based Curious" and is completely addicted to Oat Milk products 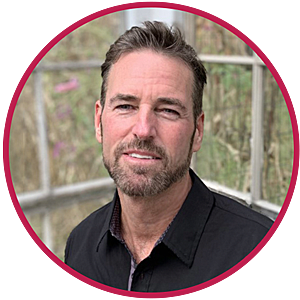 Miles is a Creative Consultant to The Beet. He’s also a Creative Director at Townsquare Media and a former Creative Director at AOL with 20+ years of interactive design experience. Miles enjoys a healthy mountain lifestyle in the Catskills in New York State, which includes hiking, kayaking and growing his own organic vegetables. Every year he strives to add more plant-based foods to his diet, not only because of the health benefits, but also because there are so many more delicious plant-based products available today!